Miles Burris had a career night, and Colin Hurley approached 300 yards passing in the first half alone as the Trinity Christian Academy Conquerors put up a running clock with a 40-point first half to defeat the district opponent Eagles of North Florida Educational Institute 40-6 on Friday night. 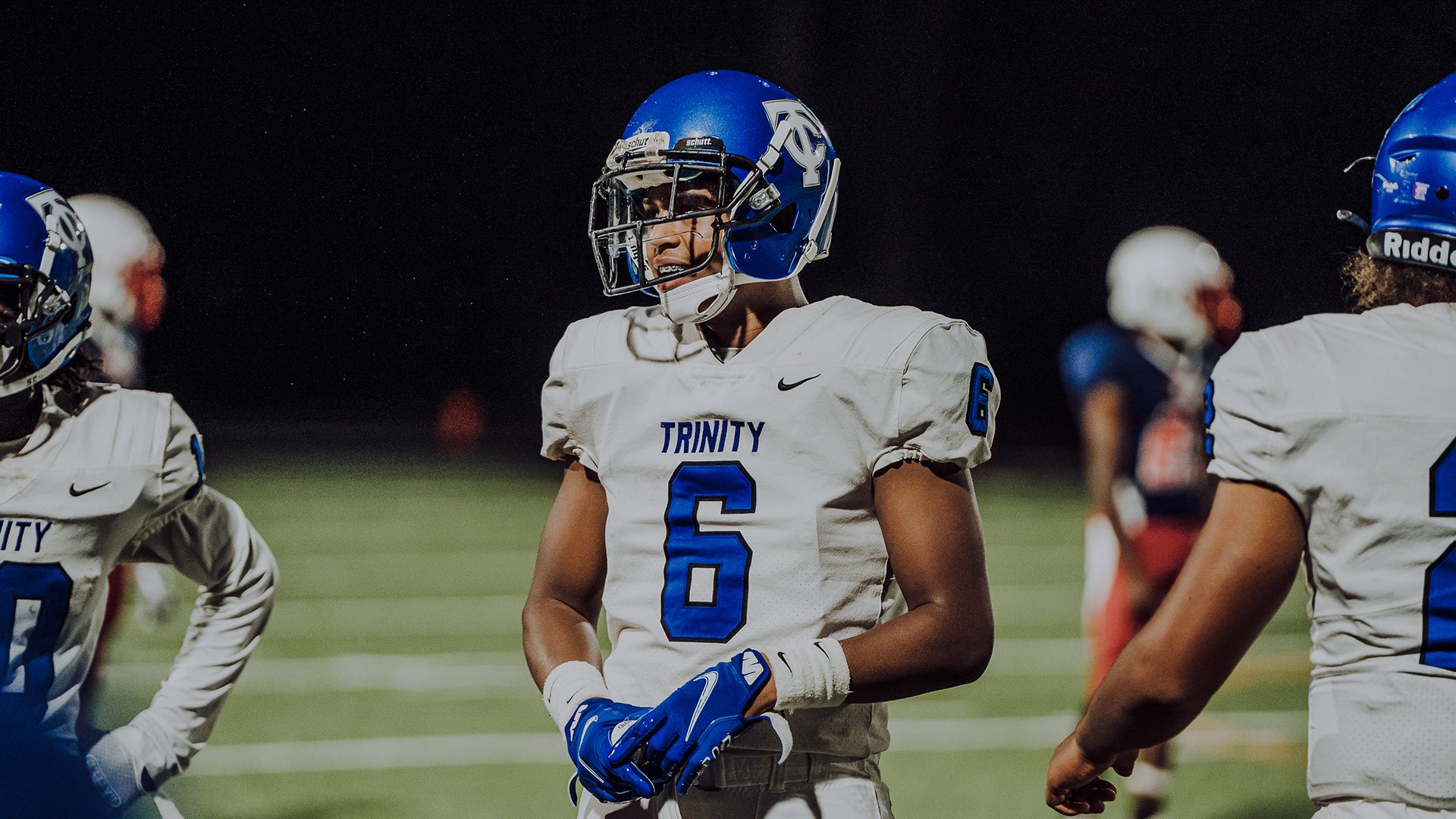 Hurley and Burris connected twice for the Conquerors’ first two touchdowns in the first quarter on passes of 32 and 55 yards, respectively. Overall, the duo racked up 157 yards through the air on 6 of 8 targets from Hurley to Burris, exclusively in the first half.

Hurley, though, did not target only Burris; the sophomore hit two other TCA receivers for touchdowns. Seth Bialek caught a 31-yard TD pass with 1:21 left in the first quarter, and Kyle Boylston scored his first touchdown of the season on a 2-yard slant in the back of the end zone just 11 seconds before the halftime intermission. Bialek had 2 receptions for 49 yards overall and converted 4 of 5 extra-point attempts. Boylston amassed 40 yards receiving on 3 catches and made 2 solo tackles on defense.

Hurley totaled 274 yards in the first half alone before giving way to eighth-grader King Boylston with a running clock throughout the second half.

Treyaun Webb and Darnell Rogers scored their team-leading sixth and fifth touchdowns of the season in limited action. Webb carried the ball 4 times for 14 yards, getting his TD on a five-yard blast up the middle with 6:49 left in the first half. Rogers made the most of his only rush of the night by plowing his way into the end zone from the 8 yard line.

Defenders Nick Williams and Javon Nobles each picked off a pass, and Nobles led the defense with 7 total tackles. The defense had 6 TFL’s for a total loss of 20 yards.

NFEI scored on a 32-yard dash from running back/quarterback Paul Brinkley with 4:15 left to play. Brinkley also pulled off the play of the game when he, as the punter, faked the punt on 4th and 17 and found starting quarterback Mikell Reddick, who set up at wide receiver for the play, for a 47-yard gain and a first down.

The Conquerors (3-0) will play their biggest rival of all in Week 4 when the Bolles Bulldogs (2-1) travel to Conquerors Stadium for a 7:30 p.m. kickoff. Bolles is coming off a 20-3 loss to Brunswick in the Florida/Georgia Border Classic.
Trinity will then host Columbia (Lake City) on September 16 before playing their next district game at Christ’s Church Academy on September 30.